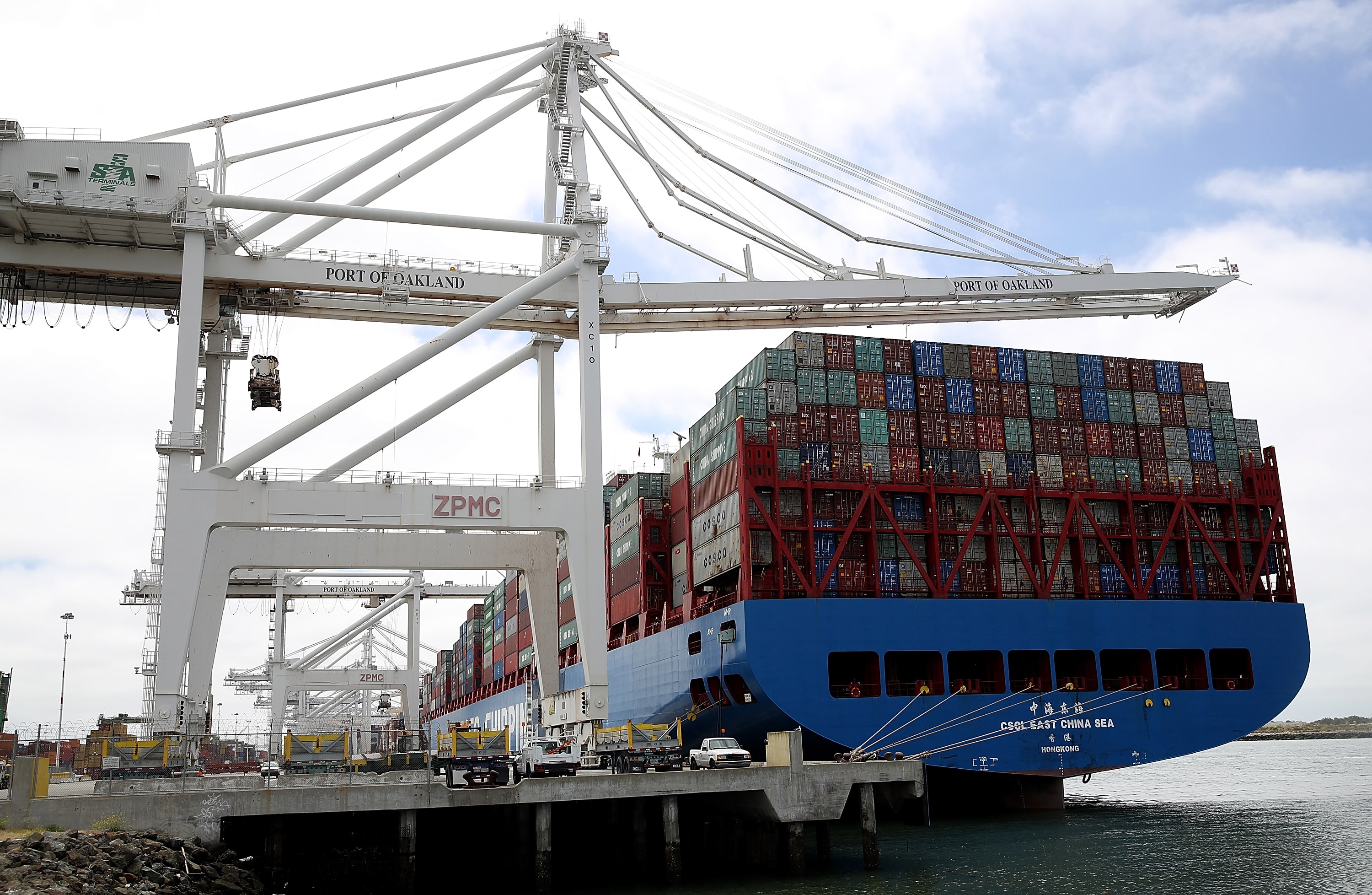 The Hong Kong based CSCL East China Sea container ship sits in a berth at the Port of Oakland on June 20, 2018 in Oakland, California.

The U.S. move comes as the top decision-making body of China’s parliament deliberates a draft national security law for Hong Kong that pro-democracy activists in the city fear will be used to eliminate dissent and tighten Beijing’s control.

“The Chinese Communist Party’s decision to eviscerate Hong Kong’s freedoms has forced the Trump administration to re-evaluate its policies toward the territory,” U.S. Secretary of State Mike Pompeo said.

The Chinese embassy in Washington did not immediately respond to a request for comment.

Last month, President Donald Trump responded to China’s plans for the security law by saying he was initiating a process to eliminate special economic treatment that has allowed Hong Kong to remain a global financial center since its handover by Britain in 1997.

Trump stopped short of calling for an immediate end to privileges, but said the moves would affect the full range of U.S. agreements with Hong Kong, from an extradition treaty to export controls on dual-use technologies and more “with few exceptions.”

The Commerce Department said it was suspending “preferential treatment to Hong Kong over China, including the availability of export license exceptions,” adding that further actions to eliminate Hong Kong’s status were being evaluated.

In 2018, $432.7 million of goods were shipped to Hong Kong under a Commerce Department exception, mostly relating to encryption, software and technology.

Pompeo said the United States, effective Monday, was ending exports of defense equipment to Hong Kong and will also take steps to end the export of dual-use technologies to the territory. Dual-use technologies have both commercial and military uses.

“The United States is forced to take this action to protect U.S. national security. We can no longer distinguish between the export of controlled items to Hong Kong or to mainland China,” Pompeo said.

The announcements come at a time of intensified U.S. rhetoric against Beijing as President Donald Trump campaigns for re-election. Opinion polls have shown voters increasingly embittered toward China, especially over the coronavirus, which began there.

‘Sending the population to the slaughterhouse’: Restaurants and bars open…

The coronavirus may have mutated to become more infectious, Dr. Anthony Fauci says

Myanmar Strategic Holdings focused on growth as it expands into…

Austrian Crypto Users Will Soon Be Able to Spend Crypto at…

Sun Sets on Offshore Banking as Assets Worth $11 Trillion…